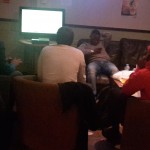 What a competitive tournament it was. Kicked off with two groups with Peter and Max taking 1st and 2nd place in group 1 respectively and Lawrence and Nicolas doing same in group 2.

The two group winners eventually made it to the final but not without being pushed all the way. In the first semi final Lawrence edged pass Nicolas in a fascinating final after Nicolas had led throughout the game until he conceded a 90th minute penalty which proved to be fatal after he lost the game in the penalty shootout.

The 2nd was just as close as Coralie who came 3rd in her group lost to Peter by a slender 1-0 score to set a final between the two group winners.

The final was as expected. Very close until the advantage was handed to Lawrence by Peter after conceding a red card which Lawrence failed to take.
Lawrence piled constant pressure on Peter who somehow managed to hold on to take the game to penalty shootout which Peter eventually won after being on the back foot for so long.

In the consolation final Nicolas also stole 3rd place from coralie with a slender 2-1 win. 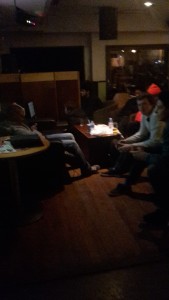 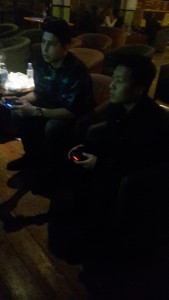 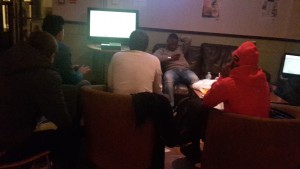 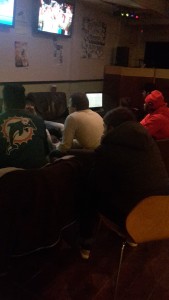 Awesome tournament plenty of good teams. Highfalutin Rednecks got 25 points tonight what almost reassure them as top-16 for the #BigFebruary tournament. They are the first 2v2 team with 18 stars, amazing!

Sebol and Jack91 (The Muffin Bones) made the final in their first time playing as a 2v2 team, they promised to be here the next week to keep their path to #BigFebruary, this time with just 20 stars.

Coralie and the Scandinavian Ninjas (Pirate and ajmer4) will have one star less in their next tournament. Both teams are strong contenders, but just 2v2 can play the #BigFebruary tournament so the “Scandinavians” are on the right direction with 21 stars and 15 points.

Intoxicated Pals won the consolation final and kept their 20 stars and accumulate 30 points which make them 2nd at the moment on the ranking.

The rest of the teams will get 1 and 2 stars more in their next tournament which can make them too strong in the next tournaments since they had a big dose of bad luck.

You can check the results at:
https://www.fifapub.com/tournament/the-salutation-21st-of-january/

And the rankings at:
https://www.fifapub.com/rankings

You can check the photos of the event on our Facebook page: 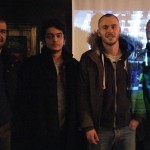 Such an special night to finish the year it was.

There were 32 players battling for being the last winner of the Year at Fifapub.

Intoxicated Workers (BigGeorge and Craigos10) got the win against Viking Sheriffs (TheGame and Van_Khan) in a tough final which by total coincidence was also the first game of the night, at the group stage where both started to forge their rivalry.

Flat People (Southwest_dan and BlackStars) were the semifinal rivals of Intoxicated Workers (BigGeorge and Craigos). They made a great tourney but spent a lot of stars in the previous rounds so they just could use Arsenal, something that the winners used on their favour since they had kept FC Bayern for that round and won 1-0. The other semifinalist team was The Wet Legs (Abz89 and Hammy103) a very strong team which has the current record of victories in Fifapub. However, this time they faced another strong team Viking Sheriffs (TheGame and Van_Khan) both using Real Madrid. The match went to the penalty shoot-out where also the people in the venue got really involved, cheering and clapping every goal and save. Amazing.

In the Consolation Final, Silly Aces (Femi_r and Alex) beat Fernando who had to play on his own the last rounds and lost a lot of stars for that reason so he had to play with PSG against Real Madrid. The pair got the win 0-1. After 4 tournaments they got finally a victory in a Final and it had to be in one of the hardest tourneys ever played at Fifapub.