For the first time in Fifapub history a semifinal was formed just for thirds and fourths of group. A crazy QF round sent the winners and seconds to the consolation bracket. This is football.

The semifinals weren’t less exciting. The Unused Soldiers defeated The Rowdy workers thanks to a free kick goal of joeljaggar who confesed that had been his first set piece goal, at least with FIFA 15. Holistic Pets won their one after beating Lavish Duo after an intense match.

The final was as crazy as the rest of the tournament. Holistic Pets scored twice but it wasn’t enough to grab the victory. The Unused Soldiers fought every ball and finally got what they had been looking for so badly, the third and winning goal after a very happening play almost at the 90th.

In the consolation final Mind Punks got a goal in the extra time after having played with 10 men almost the whole game. Highfalutin Rednecks didn’t make the most of their chances and they paid for it. 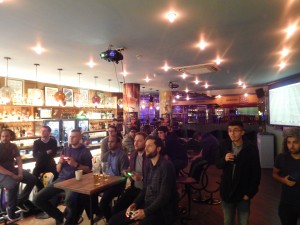